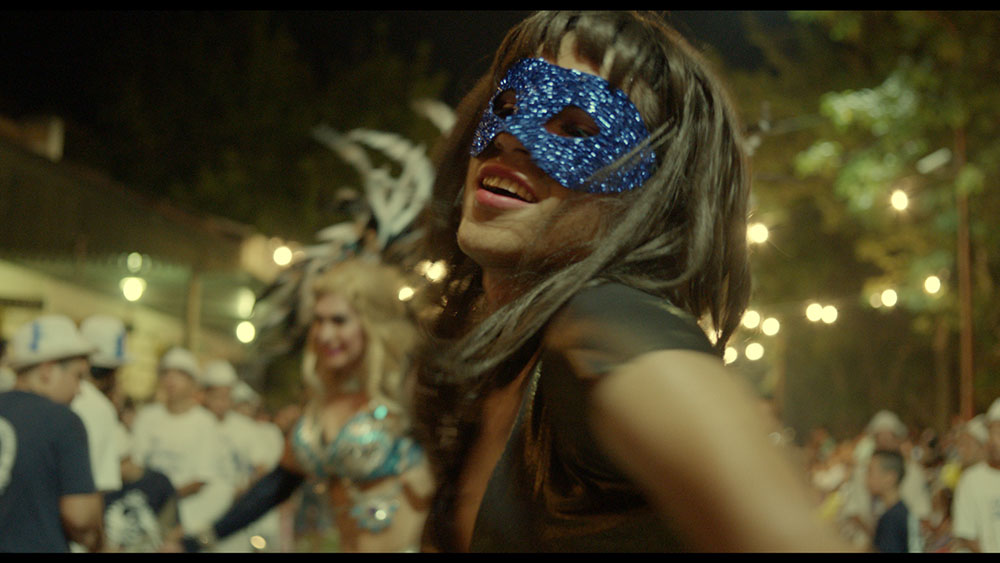 The integration of Western motifs with a teenager’s hesitant lurch toward self-realization is deftly achieved in Martín Rodríguez Redondo’s feature debut, “Marilyn.” While the film will inevitably be classed as a gay/transgender coming-of-age story, it’s just as careful to construct a vision of rural Argentina where families eking out hard-won livelihoods haven’t time for nonconformity. A little more attention to side characters would have brought increased depth, but the movie still packs a major punch at the end. With careful nurturing, “Marilyn” could see small international art-house play even outside the LGBTQ ghetto.

Marcos (Walter Rodríguez) is the younger son in a farming family, protected by his father, Carlos (Germán de Silva), who wants to see him get an education and do something more than tend cattle and make cheese. That doesn’t sit well with Marcos’ older brother Carlitos (Ignacio Giménez), destined for farm labor, nor their hatchet-faced mother Olga (Catalina Saavedra, Sebastian Silva’s “The Maid”), grown impatient with her impassive offspring and the way he lingers over women’s garments. Carlos’ death from a sudden heart attack doesn’t bode well for the family’s financial future and looks to especially impact Marcos’ semi-coddled existence.

The teenager’s almost blank passivity does become monotonous, but then there’s a carnival fiesta in town and Marcos transforms himself into an energized, stunning woman, flashing a bewitching smile and reveling in displaying his dance moves. The actor’s sudden, infectious animation blows open the film’s earlier staid caution, bringing Marcos alive in wig, make-up and sexy outfit as he suggestively shows off to homophobic, possibly closeted, rancher’s son Facundo (Rodolfo García Werner). On the way home with his only friend Laura (Josefina Paredes), a bunch of guys pull them over; Marcos tells her to go, and he’s brutally raped.

Rodríguez Redondo plays with ambiguity: Marcos sends Laura off although the situation is clearly heading in a bad direction (why Laura agrees to leave, and doesn’t call for help, is a separate, unanswerable question and just one of several minor narrative problems). The teen wants a sexual encounter, enjoys being desired while dressed as a woman, but either spectacularly misreads the situation or is willing to risk danger to appease his desire. Once home his mother rifles through his things, furious at finding feminine garments and determined to take away the one element of his life that gives him any kind of happiness. Fortunately, things take a positive turn when Marcos meets openly gay peer Federico (Andrew Bargsted) at a convenience store in town, and the two begin a relationship.

Inevitably when a drama begins with the statement “based on true events,” one expects tragedy to be lurking around the corner. Despite this teasing foreknowledge, “Marilyn” successfully lulls its audience into a state of hopeful optimism, partly by the clear-cut, almost matter-of-fact way Rodríguez Redondo tells the story, without an ounce of melodrama. A sense of oppression seems organic, lying heavily over this depressed backwater town, but so too is a happier current once Federico arrives, offering a possibility of emotional fulfillment that’s cut short.

Through it all, the director surrounds his hardscrabble characters with traits often found in Westerns: cattle rustlers are poaching livestock, farmers are being edged out, and the harshness of life in the outback shows itself on the hard-set faces of a closed community that trusts only blood relatives — unless those relatives fail to toe the line. The unforgiving environment plays a key role, which is why the carnival scene, alive with sparkle and rhythm and hedonistic joy, comes as such a startling shift, testifying not only to Walter Rodríguez’s transformative power as a performer, but Rodríguez Redondo’s mature understanding of the power of the unexpected.