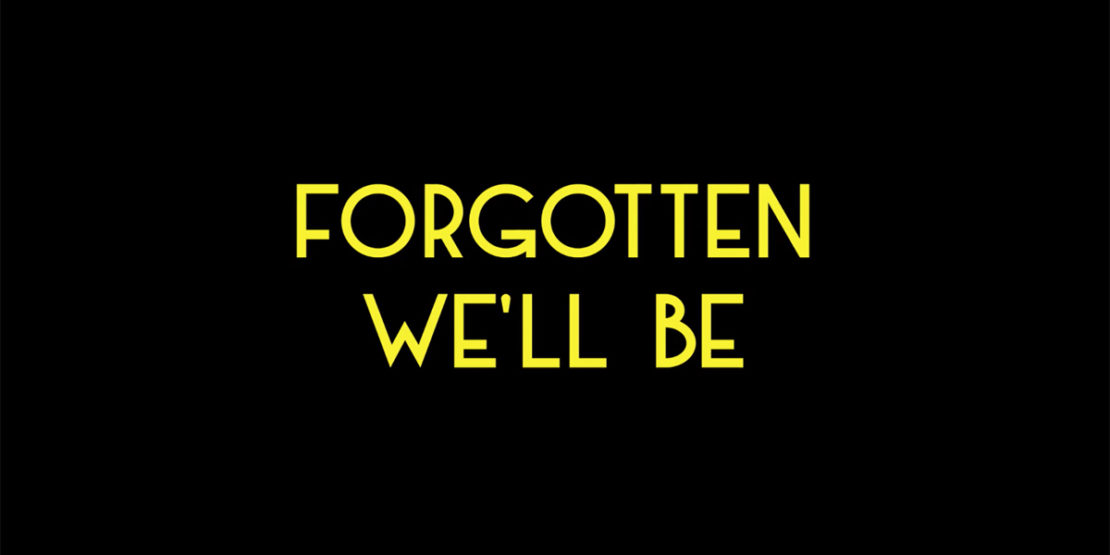 One of only three Cannes Official Selection label titles in its Faithfuls section – featuring the Selection’s biggest names – which will now screen at Cannes’ online Marché du Film, “FORGOTTEN WE’LL BE” is likely to draw heat from that fact alone. Despite general caution among independent distributors, it could well see some moving to take the film off the market, preempting competition from rivals.

This is also one of Trueba’s biggest films in two decades, produced by Dago Garcia Producciones for Colombia’s Caracol TV, which fully funded the feature, and part of a bold line of big international auteur titles at Caracol taking in Ciro Guerra’s Oscar-nominated “Embrace of the Serpent” and Cannes Directors’ Fortnight hit “Birds of Passage.”

Written by David Trueba, Fernando Trueba’s brother and a distinguished director in his own right, “FORGOTTEN WE’LL BE” toplines Javier Camera (“Truman,” Talk to Her“) as Héctor Abad Gómez, a physician turned university lecturer and human rights activists who refused to back down in his highly public criticism of Colombia’s establishment, including the church and its paramilitaries. Putting himself forward as mayor of Medellin, he was shot dead in the city center in 1987.

The story’s one thing, what matters in “FORGOTTEN WE’LL BE” is how it’s told. Hector Abad’s murder formed part of a wholesale slaughter in the 1980s by Colombia’s para-military organizations of the country’s left-leaning or liberal intelligentsia or simply anyone who raised their voice in criticism. It is an event which still shocks Colombia.

Yet this is not just the story of an assassination, Trueba argued to Variety, but that, as the trailer puts it, of “an exemplary father,” told through the eyes of his son, Hector Abad Faciolince, who published a memoir in 2006. Watching “FORGOTTEN WE’LL BE,” anyone who loves their parents may be inevitably moved.

Variety talked briefly to Fernando Trueba in the run-up to this year’s online Marché du Film:

You’ve said that Hector Abad Facciolince’s book is the one you’ve bought most for family and friends. One of the major decisions when adapting it looks like shooting the film’s past, Medellín in the 1970s, in color and its present, Medellin over 1983-87, in black and white…

When David and I talked, we agreed that the only way to adapt the book was to center the action during two major time periods. Every time I thought about the film, I imagined the first part in color, the second in black and white. That’s of course the other way round from usual practice, so I thought I’d better tell the producers, to see how they reacted. But they reacted very well. They told me it was a great idea.

It’s also coherent with the story, the writer’s warm, moved evocation of his own childhood with his father…

For me, this was key. I didn’t want to tell just the story of an assassination, but rather also talk about the family and their kind of lost paradise, a place of freedom and family love. Early on, people said I was making a political film. For me, first and foremost, it’s a love story between a father and son, and all of a family.

That sense of freedom is captured in the sequence shots you see in the trailer as characters move in and out of a common space at will…It’s also a film, I think, about how Quinín, the nickname for Hector Abad Facciolince as a child, became the person and writer he does, and the extraordinary education he received from his father.

Yes, Hector told me that, though he wrote the book 20 years after his father’s death, he wrote it in tears, from the first page to the last. It was like reopening a wound. He wrote it for his children. His daughter had been very young when his father was killed and his son hadn’t even been born. He realized he was forgetting things as well, and he wanted to preserve the memory of his father. He wrote the book for his family. But it’s so heartfelt, and beautiful, that it’s become more than a book in Colombia. When we were shooting, people came up to us to thank us for turning the book into a film.

Abad’s murder underscores, if any insistence were necessary, the monstrous senselessness and waste of such crimes..…

When I shot the film, I thought a lot about one of the four novels which Jean Renoir wrote when he was too old to make films, “Le crime de l’Anglais.” It’s also the story of a happy family living in a kind of bubble of beauty and love. Then a stranger arrives, who’s out of his mind, and destroys everything. The character’s like someone for whom other people’s happiness is tantamount to a provocation, something they can’t bear. 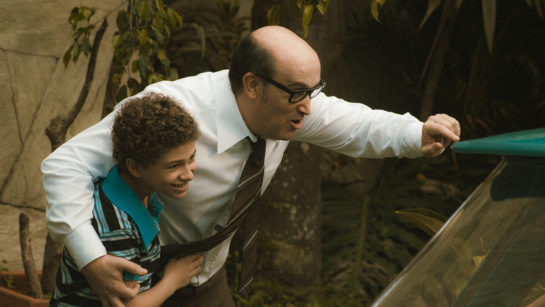