A premier port of call for producers of some of the most successful Latin American titles in international, whether “Wild Tales” or Pablo Trapero’s “The Clan,” Film Factory will introduce “FORGOTTEN WE’LL BE” to buyers at next week’s European Film Market, where he will show first images of the film, which is now in post-production.

“FORGOTTEN WE’LL BE” is written by Fernando Trueba’s younger brother David Trueba, a distinguished novelist and writer-director in his own right whose “Living Is Easy With Eyes Closed,” also starring Javier Cámara, won the 2014 Spanish Academy Award for best picture.

The big screen feature film adapts a true-facts-inspired novel of the same title published in 2006. In it, Colombia’s Héctor Abad Faciolince attempts to disprove the very title of his work, recording the memory and heroism of his father, Héctor Abad Gómez, a physician turned human rights activist, and fierce critic of the conservatism of the church, who had put himself forward as mayor of Medellin when he was shot dead by paramilitaries in the city center. Javier Cámara plays Abad Gómez. 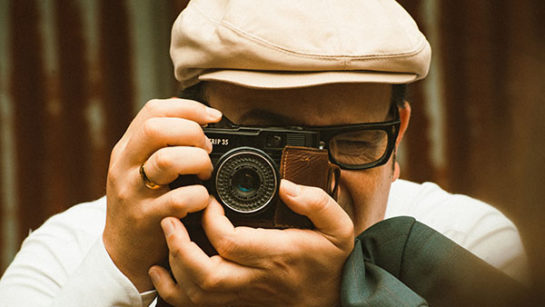 The book is a self-confessed act of filial love written with winning good humor. Early on, Abad writes: “I, the son, loved the man, his father, more than anything else. I loved him more than God. One day I had to choose between God and my dad, and I chose my dad.”

Abad both eulogizes the father, as an activist and father, records the impact of loss, and urges Colombia not to forget its dead.

Published in 2006, “El Olvido Que Seremos” established its author as one of the most prominent of post-boom writers and inspired large enthusiasm in those who read it: Mario Vargas Llosa called the book the “most passionate reading experience of my last years.”

The sales deal marks “one more step in the right direction to show the world a film about which we feel very proud,” said Gonzalo Córdoba, Caracol Televisión president. “This alliance completes an exceptional lineup headed by an Oscar winner, Fernando Trueba, the brilliant performance of Javier Cámara and an impecable Colombian acting and technical talent,” he added.

“We’re tremendously proud to represent internationally this new project, from Caracol Television, with the mark of one of Spain’s most prestigious directors,” said Film Factory Ent. founder Vicente Canales, calling “FORGOTTEN WE’LL BE” a “powerful, moving and relevant universal story.” “We think,” he added, “that it has a large international vocation.”