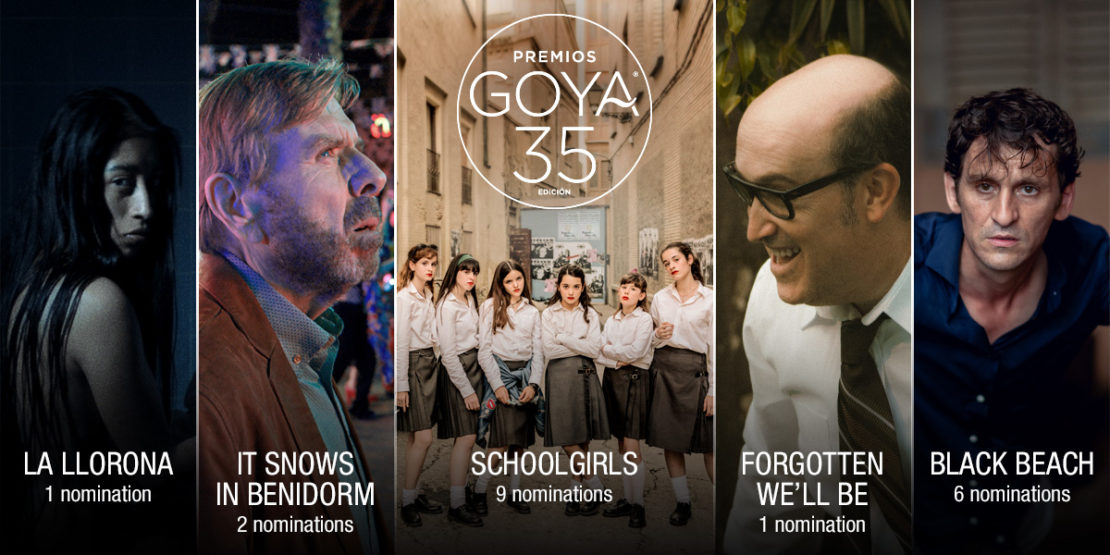 7 Film Factory films have been nominated for the upcoming Spanish Academy’s Goya® Awards:

–  IT SNOWS IN BENIDORM: 2 nominations in Best Director and Best Art Direction categories.

– ONE FOR ALL: 1 nomination in the Best Actor in a Leading Role category (David Verdaguer).

– FORGOTTEN WE’LL BE: 1 nomination in the Best Ibero-American Film category.

The winners will be disclosed on March 6th.