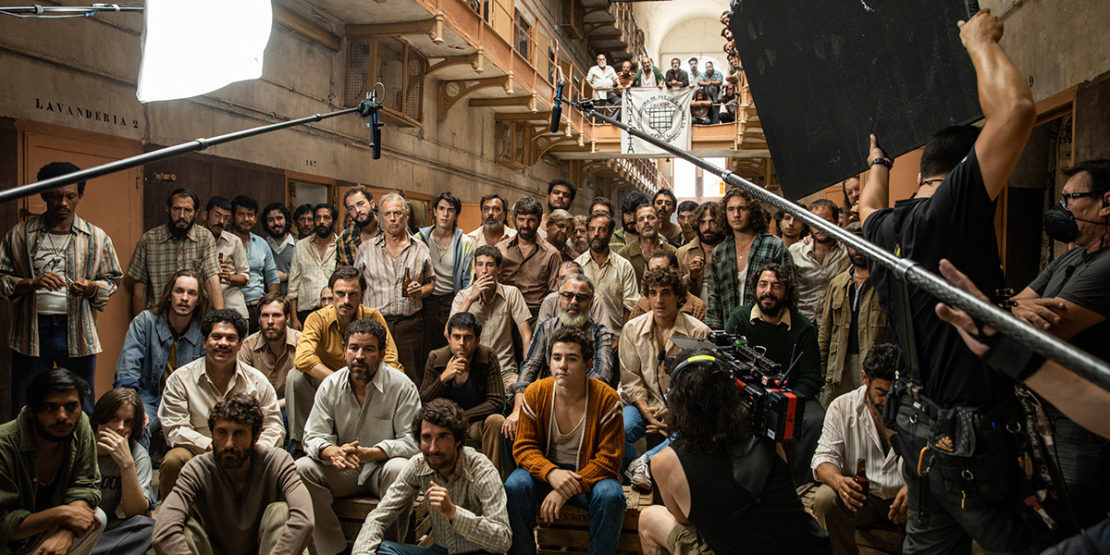 Opening up what could be a rich vein in Spanish movies coming onto the open market, Film Factory Entertainment has acquired world sales rights outside Spain to “Modelo 77,” the next film by Alberto Rodríguez, director of “Marshland” and “The Plague.”

A potential jewel in Spanish cinema’s 2022 crown, “Modelo 77” is produced by Spanish pay TV/VOD giant Movistar Plus and Madrid-based Atípica Films, Rodríguez’s career-long producer. It raises the large question of whether “Modelo 77” will mark a fully-fledged embarkment by Movistar Plus into regular movie co-production with Spain’s film industry.

Few titles, if that were to happen, will tick more boxes than Rodríguez’s “Modelo 77,” which Film Factory will bring onto the open market at this week’s Toronto Festival.

A penitentiary drama-thriller feature directed by Alberto Rodríguez and written by Rafael Cobos and the director, the creative powerhouses behind “Marshland” and Movistar Plus banner series “The Plague,” it returns Rodríguez to what really seems to excite him as a director: An examination of the internecine strife and push-back against progress which has fashioned Spain throughout its history.

Currently in production in Spain through to October, “Modelo 77” brings Rodríguez and Cobos back to Spain’s 1975-82 transition to democracy, the crucible in which modern Spain was forged. A young accountant, played by Miguel Herrán (“Money Heist,” “Elite”), is sent to Barcelona’s legendary Modelo penitentiary pending trial for embezzlement in 1977. He faces 10-20 years in jail, a prison sentence disproportionate to his crime.

As part of the conditions laid down by Franco’s regime for giving up power, Spain passed an Amnesty Law in October 1977, protecting Spaniards from prosecution for human rights violations committed from 1936, the beginning of the Spanish Civil War, through to 1976. At the Modelo, the accountant joins a group of inmates, one played by “Below Zero” star Javier Gutiérrez, who are battling to achieve an amnesty for past common crimes.

“In 1977, Spain experienced one of the greatest moments of freedom in its history. But the transition to democracy, that idyllic space between shadows and hope, had decided to pass Spanish prisons by. That has to be told,” Cobos has said.

“We are delighted to once more form part of an Alberto Rodríguez project after the great public reception and recognition for ‘Marshland’ and ‘Smoke & Mirrors,’” said Vicente Canales, director of Film Factory. “Without any shadow of a doubt, this will be one of Spanish cinema’s big titles for 2022,” he added.

“Modelo 77” will be released in Spanish cinema theaters by Buena Vista International before screening in exclusivity in Spain on Movistar Plus.