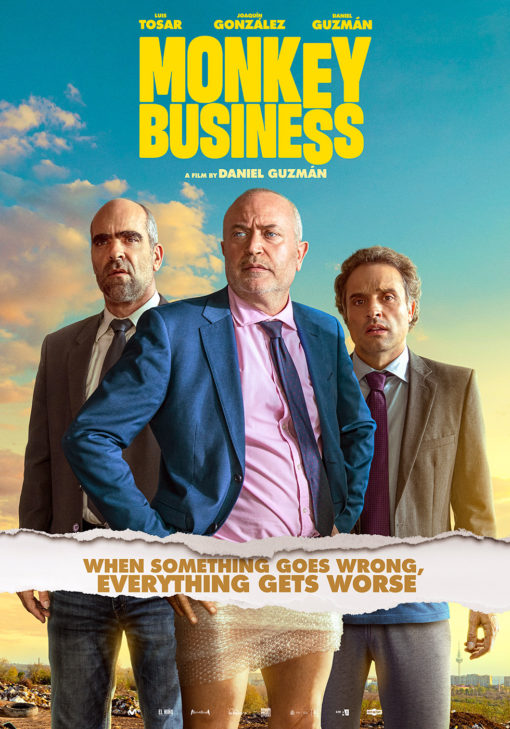 From the director of Nothing in Return (2 Goya Awards), comes MONKEY BUSINESS, a politically incorrect social comedy in which three friends from a modest neighborhood desperately try to make money to save their family from poverty but end up making the worst decisions. Luis Tosar (Maixabel, Retribution) and director-actor Daniel Guzmán (Under the Same Roof) will find themselves trapped in an outrageously insane web of intrigues and bad judgement.

Joaquín, Brujo and Luismi, three neighborhood slackers, reunite after twenty years. Brujo and Luismi are still out of work, each with a side hustle here and there, whereas Joaquín has become an important and well-known businessman. At least that’s what he thinks... At forty-seven, Joaquin is still living in the Orcasitas neighborhood with his mother, Esther, his yo-yo champion daughter, Brenda, and his younger brother Chema, a welder and Wing Chun master. Joaquin lives in apartment 9B, nine stories above his reality.

Joaquin’s life, and that of his family, is going pretty badly until one day it goes worse after they get a court injunction informing them of a lien placed on their home because of an unpaid loan taken out by Joaquin that Esther cosigned. Joaquin will try to get the money to avoid eviction but Brujo and Luismi’s brilliant ideas will plunge Joaquin even deeper into misery. 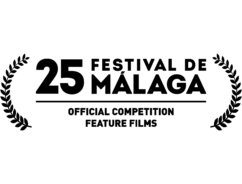 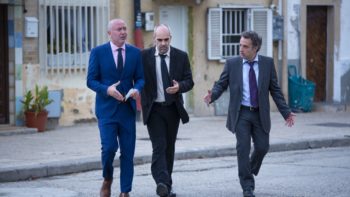 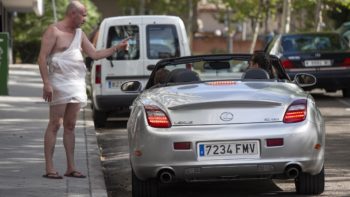 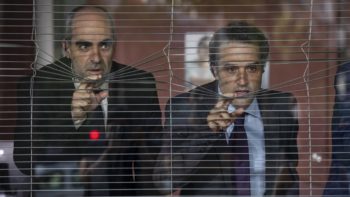 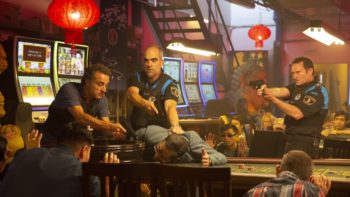 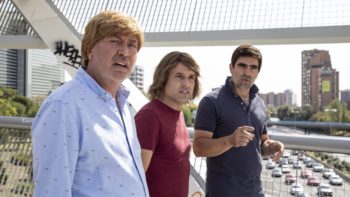 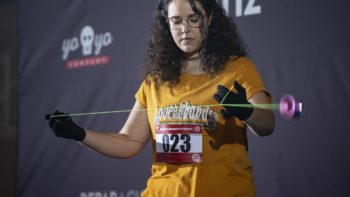