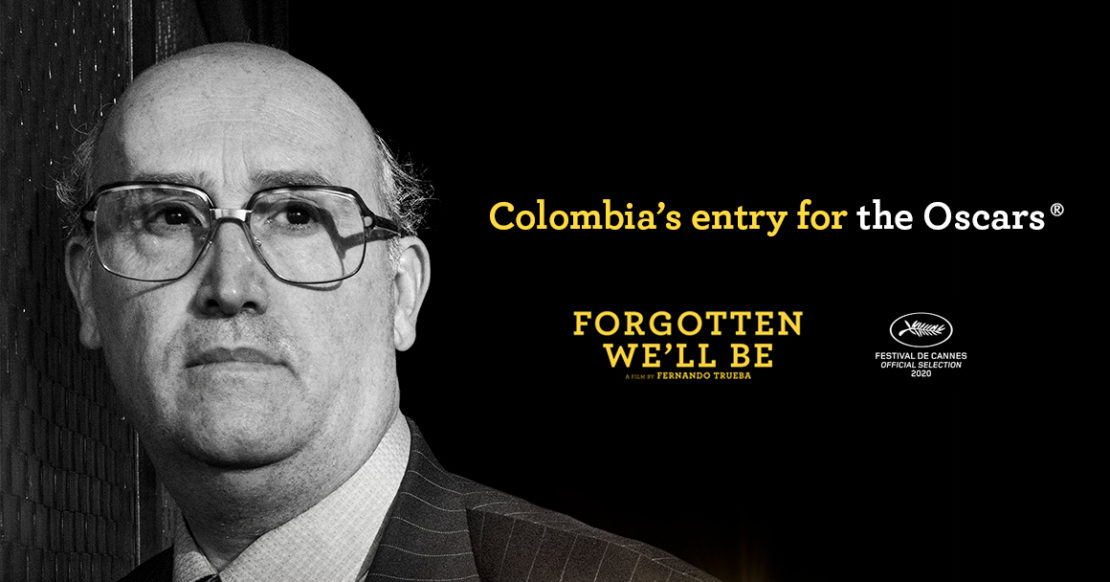 FORGOTTEN WE’LL BE, selected as Colombia’s entry for the Oscars®

We are extremely proud to announce that FORGOTTEN WE’LL BE, will represent Colombia at 2021 Oscars®!

Selected in 2020 Cannes Film Festival and directed by Oscar®-winner Fernando Trueba (Belle Époque), FORGOTTEN WE’LL BE is the adaptation of Héctor Abad Faciolince’s masterpiece, one of the must-read books in contemporary Spanish-language literature and the true story of his father, Colombian human rights activist Héctor Abad Gómez. Starring Javier Cámara (The Young Pope), FORGOTTEN WE’LL BE tells the story of a man torn between the love of his family and his political fight set in the violence-riddled Colombia of recent decades.

Dago Garcia, who led this production, stated:  “It is an honor to take on this responsibility, and we are already working closely with our North American distributor Cohen Media Group, determining the dissemination  and presentation strategy to the members of the American Academy”.

The film has also participated in prestigious and widely-known festivals, including Rome and San Sebastián, and has already been acquired by Cohen Media Group (USA and UK), Nour Films (France), Lucky Red (Italy), AZ Films (French-speaking Canada) and Bteam (Spain).

The Oscars® shortlists announcement to Best International Film will take place on February 9, 2021.