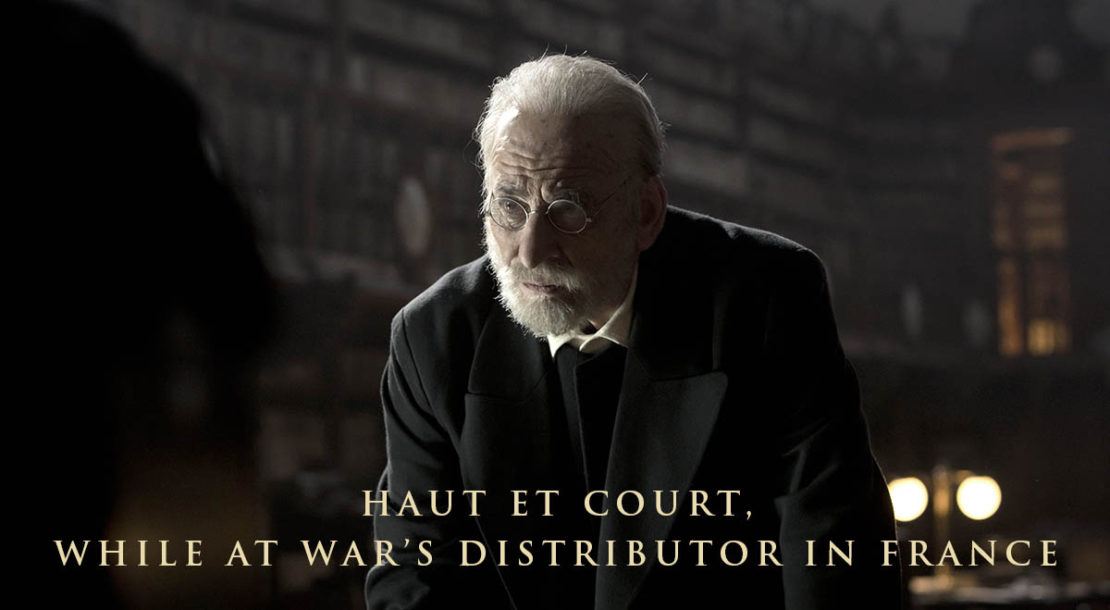 SAN SEBASTIAN — In one of the big deals to go down at this year’s San Sebastian Film Festival, prestigious French production-distribution house Haut et Court has secured French distribution rights to Alejandro Amenábar’s “WHILE AT WAR”.

Buena Vista Intl. (BVI) releases the film, Amenabar’s first in Spanish since the Oscar-winning “The Sea Inside,” in Spain this Friday Sept. 27.

The deal has been brokered by Vicente Canales, founder of Film Factory Ent. the film’s sales agent, and Carole Scotta, co-head of Haut et Court Distribution, and Laure Caillol, its head of acquisitions.

The distribution accord will see the French distribution house open “WHILE AT WAR” on 80-100 screens, a location spread reserved for higher-profile foreign language titles in traditionally their biggest territory in Europe.

“Haut et Court is perfect for ‘WHILE AT WAR’. It’s a film which requires a lot of care, to be worked on and Haut et Court has understood it very well and will give it the promotion it requires,” Canales said at San Sebastian.

Set in 1936, as the Spanish Civil War rages, “WHILE AT WAR” builds to an act of extraordinary courage, indeed near insane bravery, when aged Spanish writer Miguel de Unamuno, rector of the University of Salamanca, the Harvard of Spain, got to his feet on Oct. 12 to address assembled hordes of Francisco Franco supporters.

Facing down the fanatical one-eyed, one-armed General Millan Astray and his cries of “Long Live Death!” Unamuno declared his abomination for Franco’s rebels.

His speech came as Spaniards even suspected of potential opposition to Franco and his fellow rebel generals were being shot in their thousands around Spain, their bodies left to rot in ditches as a warning of the price to be paid for dissent.

Unamuno belonged – like Buñuel, for example – to cultured middle class able to have friends across the political divide. That class was, lamentably, not large enough to halt a Civil War which Franco – in another crux scene in the film – realizes he has to draw out as long as possible to eliminate dissent in Spain and to consolidate his tenuous power among the rebels.

“WHILE AT WAR” is produced by Movistar+, Mod Producciones, Himenóptero and K&S Films. It marks the first Original Film of Movistar+, the pay TV unit of Telefonica, which has driven into content with a force and ambition above those of any other telecom in Europe That shows. “WHILE AT WAR” isn’t a war action movie. But certain scenes are of large scale – Franco’s garrison in Morocco, his squadron of planes flying to Spain. – as it combines the epic and intimate at a level of across-the-board production values which few other companies in Spain can now risk nor match.

As with the U.S. for big mainstream movies, France acts as a bellwether for upscale foreign-language films – both in the caliber of companies which acquire titles for distribution and their subsequent box office results.