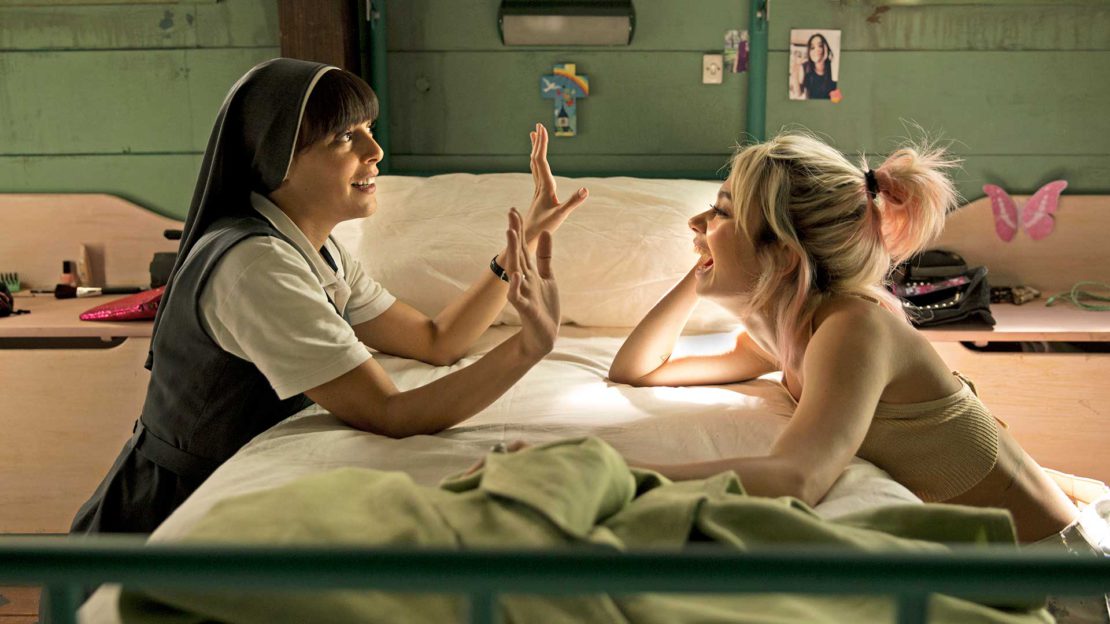 The title has been gaining recognition among critics from all media:

“The movie holds up thanks to its sharp dialogue, the eclectic music selection and a quartet of outstanding actresses”. Alberto Luchini – El Mundo.

“Funny, luminous, risky and surprising (…) the entire framework of ‘Holy Camp!’ is sensational and fun (…) but inside, it’s carrying dynamite”. Oti Rodríguez – ABC

“This musical comedy’s ability to exude joy and fun in undeniable (…) the comic side of all the actresses is key”. Oskar Belategui – El Correo.

“An initiation tale, a pamphlet that touts living life your own way and a musical comedy with dramatic outbursts, the story is a unique interpretation of religion in times of disbelief”. Pere Vall – Fotogramas.