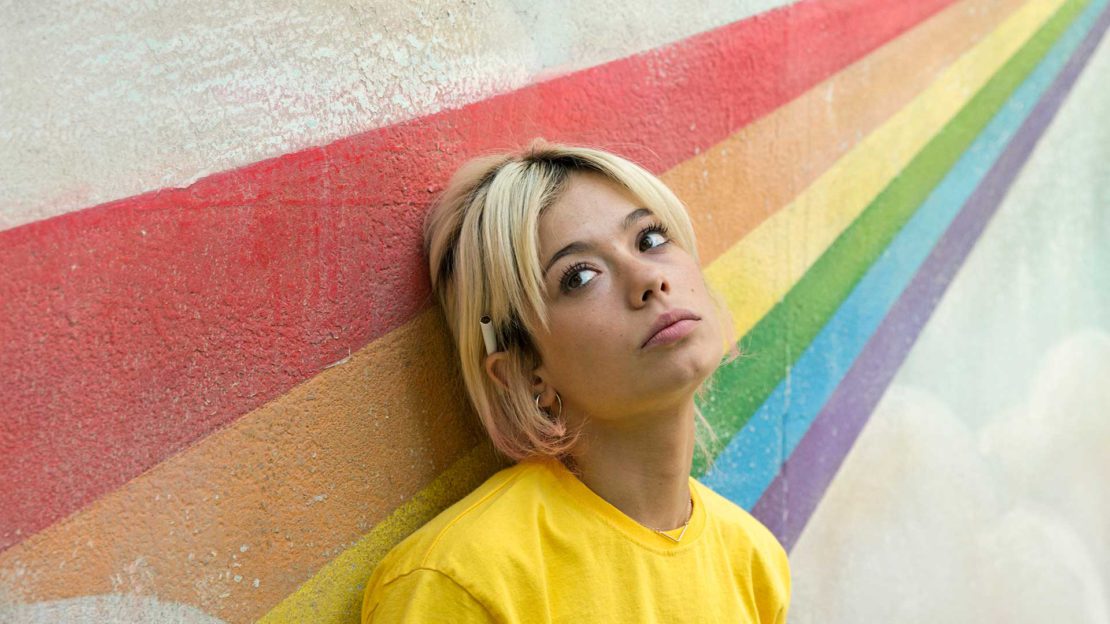 The ability of Spanish cinema to make comedy out of the religious beliefs that are still at the heart of many Spaniards’ lives is long proven, with even a luminary like Pedro Almodovar building bits of his early work around it. Now comes Holy Camp, a fresh and funny musical update on the whole God thing that started out as a successful play and has been updated by its creators, Javier Ambrossi and Javier Calvo. A contender in a slew of categories for Spain’s forthcoming Goya Awards, this lively and touching debut has captured the local imagination, with audiences seeing the light en masse. Viewings at Spanish-themed fests and in youth-centered sidebars are the film’s likeliest fate.

Rebel girls Maria (Macarena Garcia, who achieved some international exposure in Pablo Berger’s Snow White) and Susana (Ana Castillo, who did the same in Iciar Bollain’s The Olive Tree) have been punished by being sent to a religious camp in the woods, run by the initially fearsome Sister Bernarda (Gracia Olayo, having fun but locked into stereotype) and her sad-eyed dreamer sidekick Milagros (Belen Cuesta).

After stealing out at night to a Henry Mendez concert (the girls dream of being reggaeton singers), Maria and Susana are grounded by Sister Bernarda. Maria, who is seeking a more spiritual side to her life, starts hallucinating that she’s being visited by God (Richard Collins-Moore, a U.K. actor based in Spain). Interestingly, God is a middle-aged guy, beardless, who stands on steps dressed like Liberace and belts out soul ballads like “I Will Always Love You” for all he’s worth. And although that sounds terrible, it really isn’t, because it’s actually the kind of God that might appear to someone like Maria — and also because Collins-Moore, though he’s no Otis Redding, delivers the part with such commitment.

Susana, meanwhile, discovers that Milagros, who is in turn seeking a more fun side to her life, is given to taking off her habit in secret, putting on her regular gear and performing songs in front of the mirror by ’80s Spanish pop band Presuntos Implicados. All that’s missing for everyone to have felt some kind of call or other (the Spanish title, more meaningfully than the international one, translates as “The Call”) is for Sister Bernarda to confess she’s a big fan of, say, Whitney Houston — which, later on, is exactly what happens.

On paper, it all sounds awful, but the whole project breathes an air of sincerity and vitality that renders large sections of it instantly likable. It makes the film seem a lot less manipulative, calculating and polished than it actually is, in its low-budget way. What at first looks like one more kitsch teen camp comedy has evolved, by the time it’s over, into something more thoughtful and touching, its surface wackiness underpinned by a mood of true yearning.

The movie’s popularity at home can partly be explained by its feel-good harnessing of two key aspects of the Spanish psyche that generally are mutually exclusive: on the one hand, the traditionally Catholic, churchgoing Spain, and on the other, the progressive Spain, which just wants to have fun and wouldn’t be seen dead inside a house of worship. In this film, both sides of the holy/camp divide feel the call of the other, and the result for many viewers will be sheer catharsis, particularly at this time with its renewed threat of divisions. On one level, Holy Camp is an appealing fantasy about the happy coexistence of opposites.

Performances are polished, since most of the cast have been held over from the stage version, though Cuesta tends to lay on the jamon a bit thick as she goes in search of audience sympathy. Garcia and Castillo (like Cuesta, nominated for a Goya) make a lively pair, striking sparks off one another, while Garcia’s clear-eyed gaze is tailor-made for transmitting religious fervor. The humor is more hit than miss, which is more than can be said of most Spanish comedies, and Marta Velasco’s editing is crucial to the attractive juxtapositions the film delivers through its musical sequences. Vocal performances are less sharp, but that’s part of the winsomeness.

In among all the classics, which have been cannily chosen from across different eras to appeal to as wide a public as possible, the soundtrack by Leiva runs the risk of being buried. But one sequence featuring what sounds like a brass band is authentically stirring stuff, inserted with daring into a film of this nature, while the title song is a strong, catchy ballad. The fact that music itself is such a big part of the story lends things a certain seamlessness, as one of the minor triumphs of Camp is that nobody ever seems to just burst into song for no apparent reason.