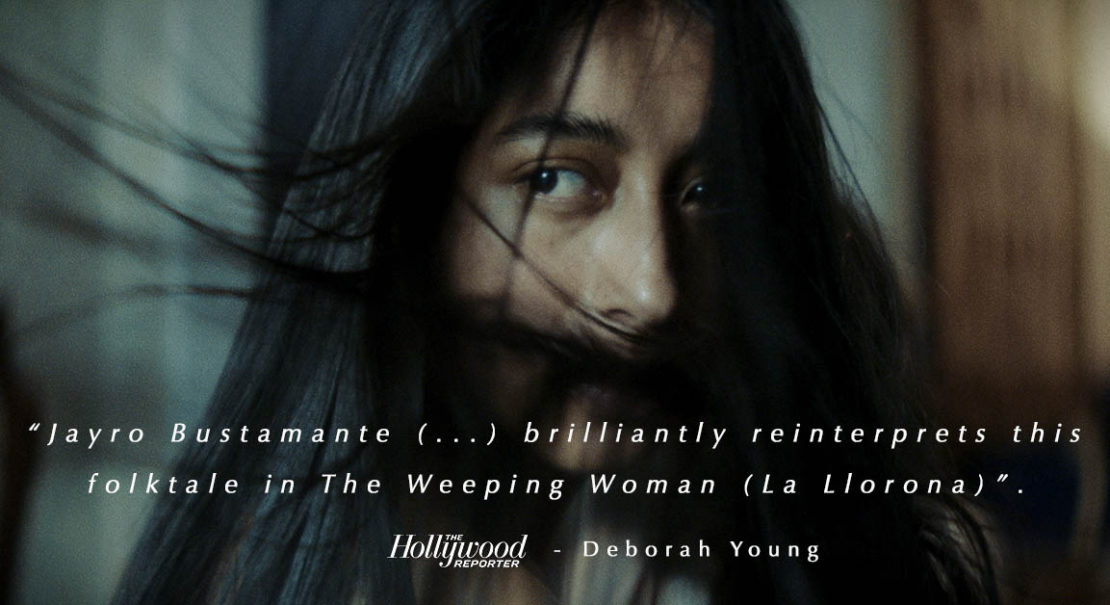 Guatemalan director Jayro Bustamante’s study of an addled old dictator acquitted of genocide but not forgiven by the people won the top prize at Venice Days.

The legend of the Llorona, the crying woman, is told throughout Latin America. It is about a young mother who, abandoned by her husband, is driven mad by grief, drowns her two children in the river and kills herself. She is punished by having to haunt the earth forever after.

Jayro Bustamante, the fiery director from Guatemala who burst on the festival scene with his debut film Ixcanul (Silver Bear winner at Berlin in 2015) and the LGBT drama Tremors, in Berlin this year, brilliantly reinterprets this folktale in The Weeping Woman (LA LLORONA), which leaps from psychological suspense and dark horror to a wrenching cry for social justice and respect for the Mayans. Here the lady in question is a ghost who haunts the guilty conscience of former strongman Enrique Monteverde (Julio Diaz), on trial for crimes of genocide against the Mayan peasants when he was president of the country. By shifting the guilt from the innocent mother to the political powers who ordered the extermination of the indigenous population, this complex, genre-jumping film gives new resonance to a very disturbing story.

Enrique’s similarity to the country’s former military dictator, Gen. Efrain Rios Montt, is not accidental. Rios Montt, too, was indicted by a court for genocide and crimes against humanity, but the Constitutional Court overturned the conviction, sending him home amid public outrage. How this outspoken film, Bustamante’s most gripping to date, will fare domestically is an open question (it has not come out yet in Guatemala). It had a blazing bow in the Venice Days sidebar (Giornate degli Autori), where it easily grabbed the best film prize.

The general’s trial is underway when the movie opens on a coven of middle-class ladies and gentlemen sitting around a table, whispering prayers for a favorable outcome. They could be mistaken for the participants in a séance — but the occult forces are not all on their side.

While the retired general sips whisky with his former cabinet members, who worry about getting life sentences if he’s found guilty, a bevy of Mayan maids and manservants hover nervously on the sidelines. That night, the big house is full of strange goings-on and they all sense the presence of a spirit who weeps piteously. When Enrique decides to get out of bed and find the source of the wailing, he ends up firing his gun almost point-blank at his wife (played with sinister bourgeois haughtiness by playwright Margarita Kenefic). It’s a mystery how she survives and rises from the floor unhurt into the comforting arms of her doctor daughter Natalia (Sabrina De La Hoz). Having a woman of medicine around comes in handy as the general’s precarious physical and mental health deteriorate into what they fear is Alzheimer’s.

The next morning, all the spooked servants quit except Valeriana (Maria Telon). She brings in a new maid from the country, the beautiful, mysterious Alma (Maria Mercedes Coroy). If the family feels a little uneasy around her, there might be a reason hidden in Enrique’s past and the terror campaign he launched against the Mayans, who he viewed as subhuman to begin with and considered friendly with groups of insurgents. Alma soon bonds with Natalia’s daughter and the games they play holding their breath in the swimming pool are not reassuring.

The pic shifts registers when, in the wake of a stirring trial where veiled indigenous woman describe the horrors they have been subjected to, a mistrial is declared. Enrique, who has been taken from the courtroom to the hospital unable to breathe, is brought home in an ambulance presided over by his nervous armed bodyguard (Juan Pablo Olyslager of Tremors). The road is completely blocked by angry protestors, and their lugubrious chants and slogans become a nerve-wracking soundtrack to everything that follows. The guards force their way through the crowd and get him inside, where life goes on under siege. Bagpipes and drumrolls by the mob outside keep the household awake for days on end. Some of the demonstrators’ faces look eerily familiar.

And Alma is there, a silent, accusing presence with huge staring eyes. Mercedes Coroy, who with Maria Telon starred in Ixcanul, gives this symbolic figure the mythic dimension of a supernatural avenger. Diaz, petulant but almost mousy as the ex-dictator, is overshadowed by the strong women in his life, particularly the mummy-like Kenefic and De La Hoz as his increasingly disenchanted daughter.

Pascual Reyes’ music wafts through the scenes, spreading a horror atmosphere, and the cinematography by Nicolas Wong Diaz is shadowy and suggestive. When the camera slyly approaches the characters unawares, it makes the skin crawl.