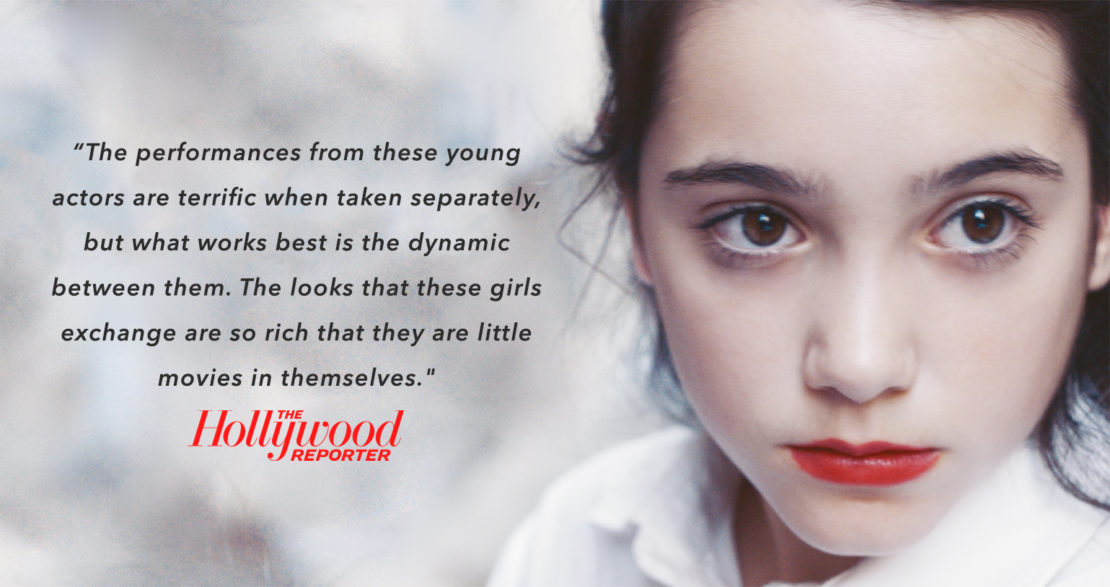 Pilar Palomero’s debut about a group of provincial Spanish schoolgirls growing up in 1992 featured in the Berlin Film Festival’s youth-centered Generation kPlus sidebar.

In the striking pre-title sequence of SCHOOLGIRLS, a choir of youngsters move their mouths silently, as though their voices have been stolen from them. Pilar Palomero’s deceptively hard-edged debut persuasively charts the struggle of one of the titular youngsters to find her voice in a 1992 Spain still stuck uncomfortably on the border between tradition and modernity — and it’s this clear-eyed dissection of how the times condition the lives of those condemned to live through them that elevates the film above any number of similar coming-of-age dramas.

Following its positive reception in Berlin, further festival play seems assured for the latest outing from the producers of Carla Simon’s Summer 1993 in a film that’s part of a school-child-focused strain of quality Spanish cinema that stretches back as far as The Spirit of the Beehive.

Docile but troubled, 11-year-old Celia lives in the provincial town of Zaragoza with her mother (Natalia de Molina) and studies at a strict religious school run by nuns. Any questions she might have about her dead father, and she has plenty, are stonewalled by her mother, and at school her natural impulses are similarly stifled — until the arrival from Barcelona of cool, urban Brisa, who opens up Celia to a whole new world of subversive pop music with edgy lyrics. Celia asking her mother for a denim jacket with patches is just the prelude to one of those dangerous, enlightening friendships that are so central to this kind of movie.

Before long Celia and her gang, including Celia’s hi-energy best friend Cristina (Julia Sierra), are wearing makeup, smoking in the street and drinking whiskey. Most dangerously of all, Celia goes out for a night-time ride on the back of a boy’s motorbike, meaning that both school and mother both come down on her like a ton of bricks.

The fact that Brisa is an orphan gives her an affinity with Celia, but their shared history will make them the target of cruel comments from their supposed friends and drive both of them away from the group. (“They’re just schoolgirls,” Brisa memorably tells Celia. “Don’t be angry with them.”) There’s a big difference between a girl and a schoolgirl, and it’s this difference that the film explores.

SCHOOLGIRLS shares much with Summer 1993 apart from being set just one year earlier. As in the earlier film, scenes that feel like carefully reconstructed screenwriter memories play out with a quasi-documentary spontaneity and freshness; the scenes featuring children only (they were apparently given no script) are easily the most memorable, with one in particular moving credibly from joy to disaster in just a couple of entirely compelling minutes. The performances from these young actors are terrific when taken separately, but what works best is the dynamic between them, and some of the looks that these dark-eyed girls exchange are so rich that they are little movies in themselves.

As with 1993, the social background is also key. The script is sharp to pick up on the fact that in the playground, for example, these girls are singing rollicking sailor songs that reflect none of their own experience while reinforcing sexist values. “How do we know that God exists?” asks Celia, and her mother replies, “Just because,” while the repressive approach to sex at school contrasts with the liberal attitudes in the teen mags the girls start to read. In 1992, Spain was still far from shedding the Francoist legacy, and the country’s struggle for the souls of these youngsters at times feels tantamount to child abuse.

All that said, there is little of the political tract about SCHOOLGIRLS, which is strongly grounded in the convincing details of what must surely be Palomero’s own memories. Meanwhile, in the background runs the story of Celia’s search for the (rumor has it, unpleasant) truth about her father: When the reveal comes, it is handled, untypically for this film, in an ambiguous way that will leave some viewers puzzled.

Appropriately, camerawork by Daniela Cajías is fixed for the school scenes and home but busier and more fluid elsewhere, where things are freer. The 4:3 aspect ratio is used, perfect for framing those young faces as they continuously register the shock of the strange new world in which they are growing up.

Article originally published on The Hollywood Reporter by Jonathan Holland.