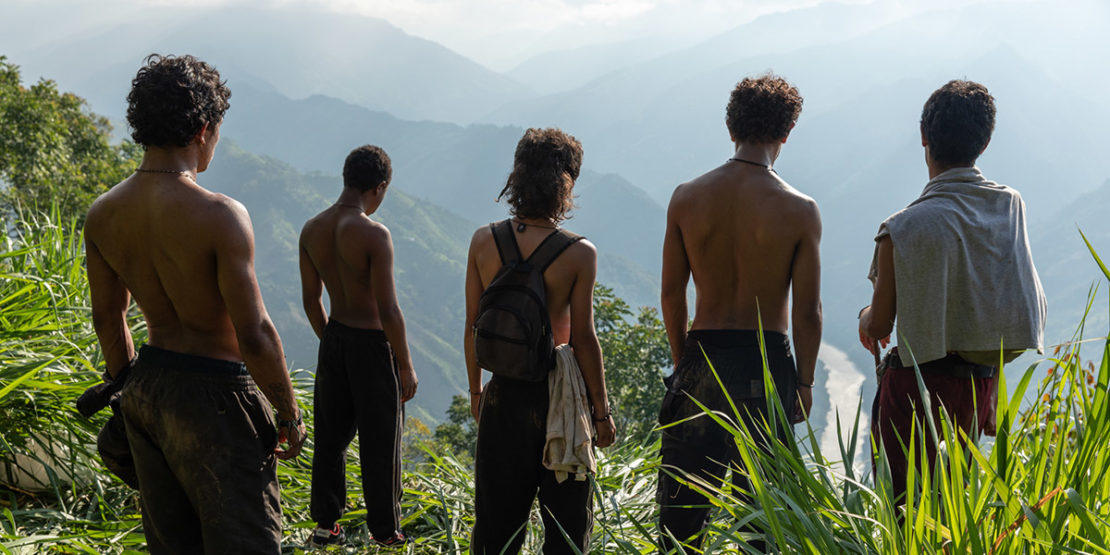 “Kings” is set up at Gallego’s Bogota-based Ciudad Lunar, the label behind Oscar-nominated “Embrace of the Serpent” and Torres’ La Selva Cine (“Dirty Hands,” “The Vanished Elephant”). It is backed by a powerful alliance of international production partners, often a sign these days of a major Latin American art film: Mer Films (Norway), Iris Prods. (Luxembourg), Talipot Studio (Mexico), Tu Vas Voir (France) and made in association with Caracol Televisión.

Written by Mora and María Camila Arias, a co-writer on “Birds of Passage,” “KINGS OF THE WORLD” is among the titles that sales agent Film Factory Entertainment is presenting at the Toronto Festival’s market.

The feature follows RÁ, Culebro, Sere, Winny and Nano, five Medellín young men of and from the streets. According to the film’s team, it’s a film “about the marginalized, the excluded, those who seek a place in the world; that great swath of humanity that has no land, nor the basics such as a name, a family, place and date of birth, but despite this their personal ties and their desires to belong to a place remain.”

As she did with “Killing Jesus,” Mora used non-professional actors for her lead roles, casting five young men between 15 and 22 years old. Young men who have themselves experienced the violence of the streets of Rural Colombia. It’s a decision that paid off in spades on “Killing Jesus,” with lead actor Giovany Rodriguez earning critical praise despite his non-existent CV.

Uniquely, this story about five young men is told by a team of almost exclusively women. Apart from Mora, Gallego and Torres, each of the film’s crew teams were headed by women, apart from photography, which was handled by award-winning cinematographer David Gallego (“Embrace of the Serpent,” “Birds of Passage”), and sound, headed by Boris Herrera.

Filming took place in several villages across the Colombian state of Antioquia and frequently on difficult, even treacherous mountain terrain. According to Mora, of her three films, this was the hardest to shoot, but the most rewarding as well. “Every day of filming brought something unexpected. Life and nature slipping through the cracks of history, surprising us all the time.”

She also praised not only the performances of her five leads, but their work ethic and humanity: “The five boys have been a lesson in daily love, their emotions penetrated us, and they left a mark on us.”

In addition to the main cast, the production leaned on more than 300 extras, doctors, paramedics, lifeguards, firefighters and neighborhood, municipal and national authorities to make filming possible. More than 80 professionals made up the film’s core team, who combined, were COVID-19 tested more than 500 times over the eight-week shoot, including one week where production was shut down due to confirmed cases.

“We could not have had a better team with greater sensitivity and commitment, particularly considering the demands of the landscape,” Mora praised. “They never yielded. On the contrary, every day they got better. And that, for a director, was a main source of inspiration and commitment. Each day was a miracle, a triumph,” she summed up.