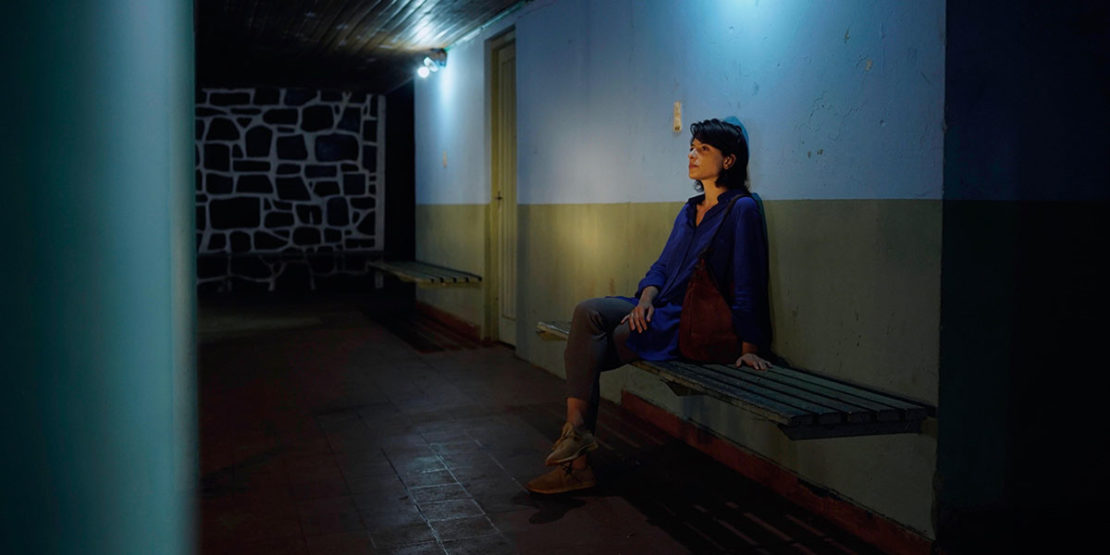 A Sort of Family sees Argentinian director Diego Lerman returning to the motherhood theme he explored so successfully in his multiple award-winning domestic violence drama Refugee. Again infusing his story with thriller elements, Lerman delivers a rewarding, well-crafted and accessible piece where the characters come first, and despite the film’s sensitive and balanced reflection on the adoption theme, it’s the raw, emotional showdowns of its two superbly-played female protagonists, one rich and one poor, which will linger longest in the memory. Further festival play and limited theatrical distribution are Family’s likeliest homes.

The lengthy opening scene shows Malena (much-lauded Spaniard Barbara Lennie), a doctor in her late 30s who’s clearly become temporarily blind to the ethical considerations of her profession, sitting in her car and struggling to come to a decision about something as the rain makes pretty windscreen patterns. It is indeed a major decision, because Malena then drives through the night to reach a middle-of-nowhere rural hospital (actually in Argentina’s Misiones province) where Marcela (Yanina Avila, making an outstanding debut) is about to give birth to the child whom Malena wants to adopt. There’s something fishy about the whole setup, and right from the start there’s a tension between the women which will memorably explode later. But there’s also viewer frustration in not knowing for about the first fifteen minutes what Malena’s actually up to.

When a relative of Marcela’s reveals that her husband has been in a car accident and unexpectedly asks Malena for $10,000 to help the family out, Malena is outraged and considers it extortion. But, the script wonders, is it really that? This is the first in a series of obstacles Malena will encounter and which are presumably intended to force the film’s likely viewers into a reappraisal of their middle-class views. Quietly encouraged by the avuncular, friendly Dr Costas (Daniel Araoz), who has engineered the adoption and who may not be quite as benevolent as he seems, Malena must raise the money or risk losing the baby, and it’s in this muddy area between the commercial, the legal and the emotional that the film is embedded: As Malena’s husband Mariano (Claudio Tolcachir) points out when he turns up to help Malena out, the whole thing is probably aimed at fleecing them.

A Sort of Family feels quietly effective, driven forward by the lengthy frustrations and brief, temporary joys experienced by Malena. But three scenes in particular positively leap off the screen. The first is an epic, surreal central episode on a dusty back road in which Malena, her car having broken down, herself has a kind of mini breakdown as the vehicle is seemingly attacked by a plague of locusts, a real-life phenomenon that has recently been troubling Argentina’s farmers and in which Lerman was quick to spot the Biblical symbolic value.

The second is the debate following Marcela’s emotional refusal to carry the baby out of the hospital in her arms, angry about how it’s the wealthy who call all the shots. Passionately played and emotionally raw to the point of pain, the scene shows Avila to be a dramatic match for Lennie: It’s one of those rare on-screen exchanges where the viewer has the impression that the actresses are going down more deeply into their personal experience than they normally would. Indeed, Family is a more interesting film dramatically in its second part, when Lennie can share the script’s considerable emotional burden with Avila.

And the third key scene is the final one, which ends with the lingering, iconic and supercharged shot of a woman holding a child in a barren desert landscape, again showing Lerman’s ability to step things up a gear and raise viewer awareness of the universal consequences of his story.

In a world in which adoptions are in decline, Family raises all sorts of interesting questions — about the ethics of adoption, which at times here seems to be bordering on human trafficking; about how the imperative of motherhood can leave women so vulnerable; about the morality of having kids without the means to raise them; and about the inability of the law to unpack this moral tangle. But crucially the script, by Lerman and collaborator Maria Meira — one of several holdovers from the team that made Refugees — lets the ideas come through the story and the characters rather than ever becoming preachy.

Lennie is prized in Spain as one of the country’s finest character actors and does not disappoint here as the kind of middle-class woman who, despite being full of good intentions, is incapable of understanding the realities of other people’s lives. It is a careful, rich and nuanced performance, hobbled only slightly by the fact that the script doesn’t deal with the issue of why an adopting couple would walk so blindly into such a precarious situation. Wouldn’t the apparently cautious Mariano have looked into this, and indeed why hasn’t he traveled there with Marcela in the first place? But such quibbles do no fatal damage to a film which has equal respect for its characters, its theme and its viewers.