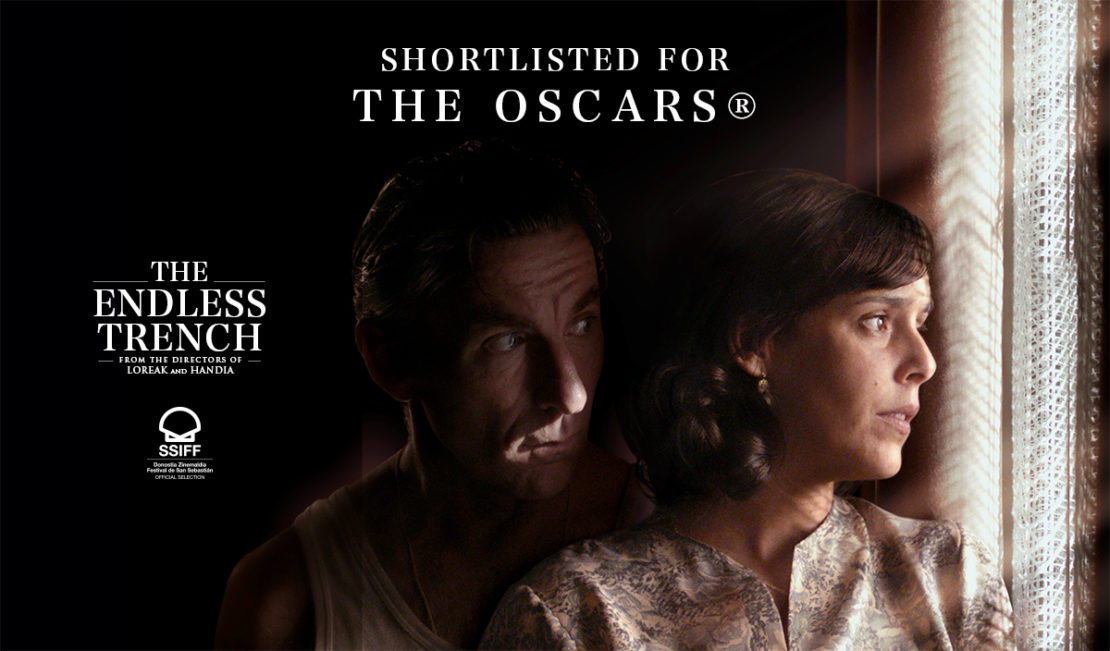 THE ENDLESS TRENCH shortlisted to represent Spain at the Oscars®

We are very proud to announce that THE ENDLESS TRENCH (La Trinchera Infinita) by Jon Garaño, Aitor Arregi and José Mari Goenaga, has been selected as one of the three finalists in the running for Spain’s entry for the Oscars®.

The film won 2 Spanish Academy’s Goya Awards and stars Antonio de la Torre and Belén Cuesta, who garnered the Goya to Best Actress for this feature.

THE ENDLESS TRENCH is based on the life of republican Manuel Cortés, who, at the outbreak of the Spanish Civil War in 1936, hides to save his life in a hole underneath his house and with his wife’s help. Little did they suspect that he wouldn’t be able to come out until 30 years later.

It premiered at the 2019 San Sebastián International Film Festival, where it won the Silver Shell for Best Director and the Jury Prize for Best Screenplay.

The international rights of the film were acquired by Netflix in a deal with Film Factory Entertainment.

On Nov 3rd, the final Spanish representative to the Oscars® will be announced.