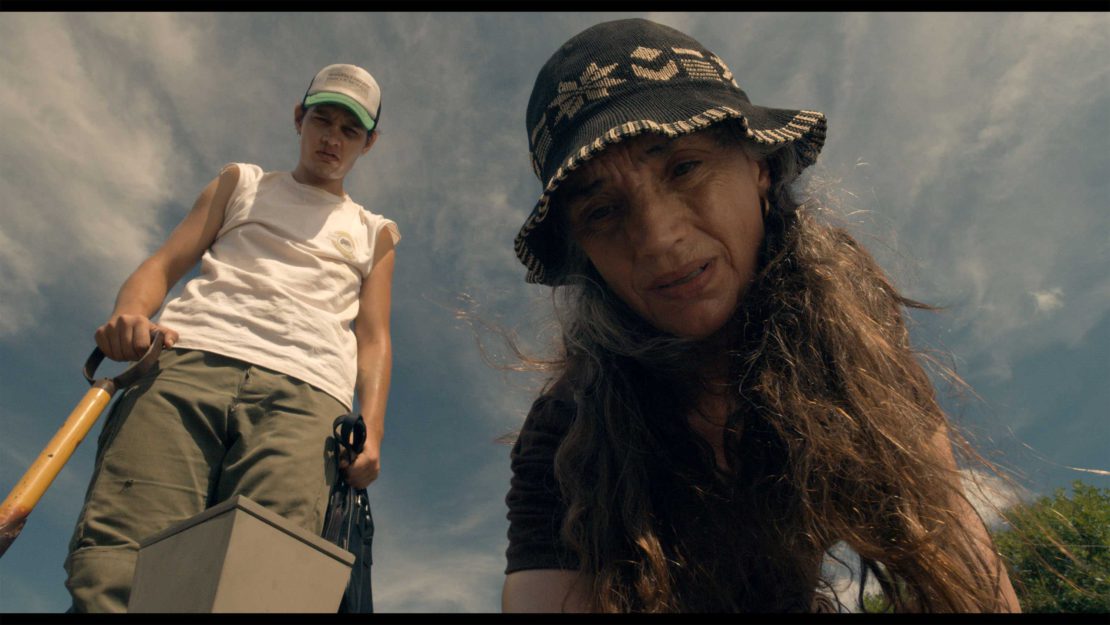 An enjoyably grungy item about moral turpitude in the Argentine backwoods, The Lost Brother shows maverick director Israel Adrian Caetano returning to form and also to the darkness of 2002’s A Red Bear. Fusing Western, noir, surreal black comedy and plenty of bleak, bitter sunshine (the film is based on a novel called Under this Terrible Sun), Brother is driven by an enthrallingly alert Leonardo Sbaraglia — apparently having the time of his life as Hank Quinlan’s younger Argentinian sibling — who delivers a nasty performance that ripples out into the threateningly creepy and darkly surreal world the film depicts. Between them, Sbaraglia and the atmospherics go a long way to making up for the film’s dramatic failures.

Following the murder of his long-lost mother and brother by her lover, Cetarti (Daniel Hendler) turns up in a godforsaken Argentinian pueblo, summoned there by local so-called lawyer Duarte (Sbaraglia). Following a blackly comic body identification scene in which Certarti is matter-of-factly supplied with a bucket before the sheet is rolled back, Duarte, who at least has the virtue of directness, proposes a 50/50 deal on life insurance taken out on Cetarti’s mother’s life.

Having been fired from his administration job, Cetarti is poor and drifting along, dreaming of making it as far as a Brazilian beach. He decides to stay in the pueblo and go for the money: his brother’s house is an art director’s dream, filled with all manner of useless junk, a drawerful of dead roaches and a lazily smiling axolotl, which Certarti adopts. Duarte’s sidekick is Danielito (Alian Devetac), the dope-addicted son of Molina by the unhappy Marta (Spanish actress Angela Molina, who first made her international mark in Luis Bunuel’s final masterpiece, 1977’s That Obscure Object of Desire.) If proof were needed that we’re down in the moral gutter, Duarte and Danielito kidnap people for ransom, keeping them tied up in the basement and throwing in a little torture to spice things up.

In The Lost Brother, it’s all about the money: The lame local scrap merchant Enzo, wonderfully played by Pablo Cedron, will buy anything, but even he stops short when Cetarti absent-mindedly includes the ashes of his mother and brother among the objects he’s trying to sell. (There are several such obliquely clever moments through the film.) ‘You hang out with Duarte too much,’ Enzo tells Cetarti, and indeed Duarte’s malevolence seems to have infected the values not only of Cetarti but of the entire town, and so of this entire exquisitely nasty film.

Compellingly played by Sbaraglia, the dapper, slick-haired Duarte starts out as a bit of a winking, smiling and slimy Jack the Lad with his 50/50 plan to split the insurance proceeds. (Tellingly, the character has cut his moral teeth in the Argentine military.) But as the film develops and the stakes rise, Duarte’s darker and more psychopathic side emerges, coming closer to Carlos Busqued’s conception of him in the novel. Any lingering sympathy for Duarte instantly evaporates in one crudely violent scene involving the rape of a kidnap victim, and a sublimely cruel line of dialogue — from this point on, Duarte is altogether less interesting.

Visually, events unspool in either the sweating shadows of night or in blinding sunshine: DP Julian Apezteguia sees to it that there are no middle tones. On the downside, the pacing is sometimes awry, and Caetano has a tendency to be stagily gothic — the shadows on the wall during the rape scene, for example, dilute the horror rather than enhancing it. The last 20 minutes steer dangerously close to cliche as the action moves out into the wider world and the strange laws the film has set up for its isolated little universe can no longer hold sway. All that said, one scene, featuring a wild bull battering down the door before escaping into the shadows, is a bizarre and memorable set piece.