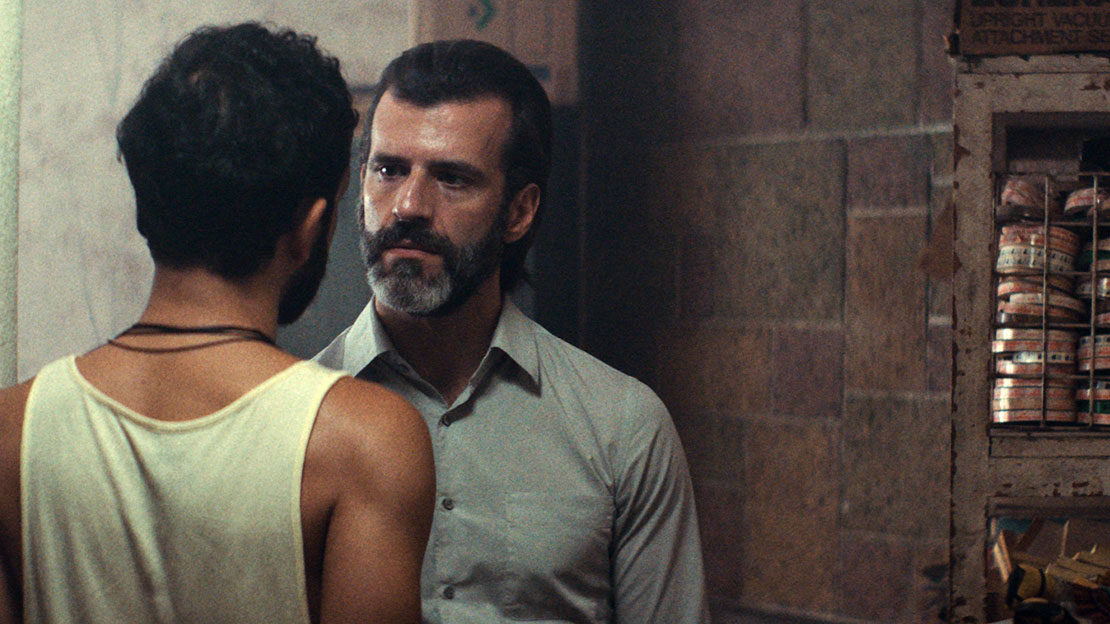 “Love knows nothing improper,” chides a zealous preacher in “Tremors”. Ostensibly, she says it to an entire rapt church; more pointedly, she’s addressing mild-mannered family man Pablo, as he’s dragged through a terrestrial hell for the cardinal sin of falling in love with another man. What’s the greater impropriety, then: same-sex love or the victimization of its practitioners, to the point of denying them jobs or access to their children? As the latest in a long line of films to examine the hypocrisy-laden clash between gay rights and evangelical Christian ethos — including the recent U.S. double bill of “Boy Erased” and “The Miseducation of Cameron Post” — this strong second feature from Guatemalan talent Jayro Bustamante doesn’t ask new questions, but its sensuous, reverberating atmospherics find fresh, angry ways to answer them.

Premiering in Berlin’s Panorama strand, “Tremors” is a weighty, promise-fulfilling follow-up to a dream debut. It’s four years since Bustamante’s radiant folkloric fable “Ixcanul” played in the same fest’s main competition, winning the Alfred Bauer Prize, securing extensive global distribution and becoming only the second Guatemalan Oscar submission in history, 21 years after the country’s first. (“Tremors”, meanwhile, looks on course to be the third.) It’s somewhat perplexing, then, that his sophomore effort hasn’t been included in a smaller-than-usual Berlinale competition devoid of Latin American fare. If its urban setting and universal story inevitably make “Tremors” less entrancing than the uniquely Mayan-accented “Ixcanul”, Bustamante’s command of visual and sonic texture still bewitches, and should attract a dedicated church of festival programmers and specialty distributors — particularly, though not exclusively, those with an LGBT focus.

A bravura opening sequence, lashed with rain and seasick with back-of-head tracking shots, immerses us rivetingly into crisis mode, as Pablo (Juan Pablo Olyslager) returns to a household in hysterical disarray, his extended family weeping, wailing and slamming doors at a pitch that might register as “a bit much” even on the telenovela scale. Has someone died? No, something far worse, at least as far as everyone but Pablo and his two bewildered young children are concerned: he’s been outed as gay. That isn’t revealed in so many words, as his God-fearing parents and wife Isa (Diane Bathen) can’t even say the truth out loud through their tears. But it becomes increasingly plain as the conflict escalates, per the title, to literally ground-shaking levels — when a sudden, slight earthquake amplifies the chaos.

The symbolism is clear enough: in church-bound Guatemala, where homosexuality is legal but still broadly taboo, the nature of this uncovered infidelity is a violent familial rupture. Bustamante’s script doesn’t deal in the backstory of how 40-year-old Pablo, a well-to-do financial advisor, and out-and-proud Francisco (Mauricio Armas Zebadúa) began their affair, or how they were caught out. It’s clear enough that the former, superbly played by Olyslager with a colliding blend of nervous reticence and inner seething, has been living a lie for decades. “I’m embarrassed, but I feel almost good,” he admits as, evicted from his home and fired by his sanctimonious employer, he embarks on a new life with Francisco and his queer bohemian circle in a scuzzy inner-city apartment.

A first act is far too soon for a happy ending, however, and Pablo soon finds his world vengefully closing in on him. When Isa, understandably upset but brainwashed by extreme Christian doctrine, bars him from seeing his children unless he submits to radical gay conversion therapy, he’s trapped in an impossible bind. It’s here that “Tremors”, already chilling in its portrayal of marshaled family malice, escalates into a kind of domestic horror movie, with the church as its all-consuming bogeyman.

Bustamante doesn’t skimp on the emotional brutality of the situation, though a charred streak of morbid humor seeps into its depiction of the therapy in question: a grotesque obstacle course of physical humiliations and psychological torture games, lent further nightmarish overtones by the claustrophobic dark varnish of Luis Armando Arteaga’s hurly-burly lensing, and the jarring stresses and distortions of Julien Cloquet’s inspired sound design. Both artists, along with editor César Díaz  and production designer Pilar Paredo, were essential to the allure of “Ixcanul”, and excel again in a grimier, itchier register: Bustamante’s ace team can evidently see his expressive style through any manner of story.

If anything, “Tremors” builds its surreal mood to a brilliant fault: the outside world is so effectively and oppressively shuttered out that the national political context in which Pablo’s individual tragedy plays out is rendered a little hazy. (The film would form a remarkable double bill with Gabriel Mascaro’s recent Sundance premiere “Divine Love,” an eerie neon vision of a post-Bolsonaro Brazil where all romance is evangelically dictated.) Still, hot protest is still present in its aggressively close-up character study, as Pablo is buffeted between the impulses of sexual and paternal love to the point that even he’s not sure who he is, or what he desires. Love knows nothing improper by the time it knows nothing at all.