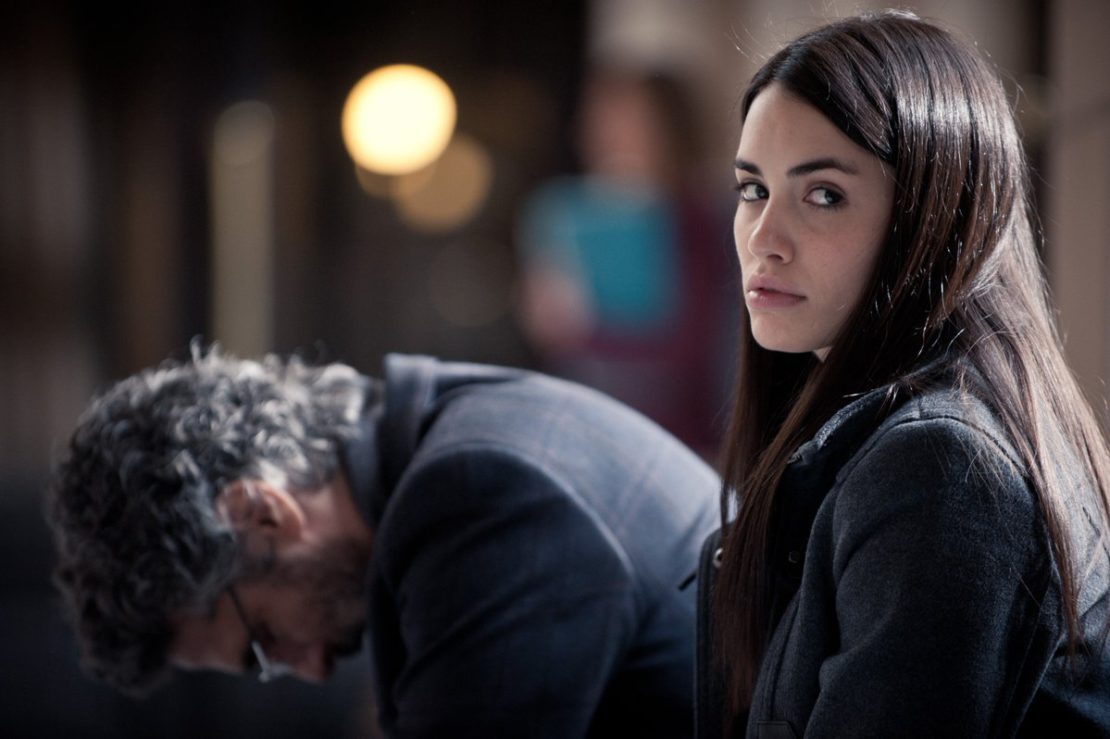 Dependably handsome and pleasingly involving, “THE ACCUSED” takes a classic “did-she-or-didn’t-she” murder scenario and mostly focuses on the family dynamics of a young woman accused of stabbing her best friend. Directed with assurance by Gonzalo Tobal (“Villegas”), the film hits the right buttons as it keeps audiences guessing the outcome, generating sympathy for all involved as the pressures of maintaining a façade for the media take their toll. Considerably more invested in criticizing the ways criminal cases are packaged and won in the court of public opinion than in systematically exploring the details of the murder, “THE ACCUSED” is solid, straightforward storytelling, certain to do well in Spanish-speaking territories and perhaps beyond.

It’s been two and a half years since 21-year-old Dolores Dreier (actress and pop star Lali Espósito) was first accused of murdering her best friend Camila Nieves after a drunken party, but only now is the case about to come to trial. Tension within the family house is understandably sky-high: dad Luis (Leonardo Sbaraglia) tries to exert authority but feels powerless, whereas mom Betina (Inés Estévez) struggles to maintain some degree of normality while protecting Dolores and her young son Martín (Emilio Vodanovich) from the glare of publicity and significant internet attention. Both parents are so beset by the pressures, including financial, that they’re unable to give their daughter the kind of stalwart emotional support she desperately needs.

Lawyer Ignacio Larocca (Daniel Fanego) and his team groom the Dreiers for the trial as well as the media, who have latched onto the sympathetic figure of Camila’s grieving mother Marisa (Ana Garibaldi), Dolores’ primary accuser. There’s motive: Camila videoed Dolores and a friend having sex and then uploaded the clip after being told never to share it with anyone. In the video, Dolores is heard telling her she’d kill her if it was ever leaked – not the sort of statement one wants to defend in a court of law, though the evidence against her remains circumstantial.

Among the elements Tobal and fellow scriptwriter Ulises Porra Guardiola get absolutely right is how Dolores’ peers treat the sex tape: It’s embarrassing, sure, but not out of the ordinary, something extremely difficult for the discomfited adults to comprehend. Dolores gets unwavering support from Flo (Martina Campos), who recognizes her friend’s need for distraction and brings over studly Lucas (Lautaro Rodríguez) to help out, making for a slight plot diversion that contributes to a more rounded picture of Dolores’ psyche. Though she projects an ambiguous air, well played by Espósito, she retains our sympathies as a young woman exhausted by worry and a feeling of culpability for her parents’ nervous disintegration.

When new evidence is introduced and Dolores’ unthinking impulse to pass by Marisa’s house looks bad for the case, Ignacio arranges for her to appear on a TV show hosted by Mario Elmo (Gael García Bernal in an extended cameo) in hopes of improving her image in the public eye. The pressures are tremendous, Mario’s questions appear biased against her, and Dolores reveals a piece of information that Luis fears will condemn her. Ignacio understands better, knowing it has the potential to humanize her further; how that might sway the judges is another matter.

Throughout “THE ACCUSED,” the emphasis remains on the psychological toll extracted by the media frenzy, which Tobal judiciously keeps ever-present yet on the sidelines and in the ether. Afraid of being recognized on the street, wracked with self-reproach for being the cause of her family’s nightmare and traumatized by accusations of having gruesomely murdered her friend, Dolores is a character of unreadable depths: Even when we occasionally question her innocence, she nevertheless invites considerable empathy. The director isn’t quite so successful introducing details of the murder itself, and the case for and against acquittal; though he’s deliberately avoided making yet another by-the-book courtroom drama, such forensic nitty-gritty is occasionally needed to avoid inevitable plot questions from arising.

By playing her with such inscrutability, Espósito refuses to cater to expectations, resulting in a performance of unexpected ambiguity, more sensed than spelled out. Given how Dolores is basically trapped inside most of the time, Tobal makes the family house both a warm-hued haven and a prison, yet threats from TV coverage and internet forums penetrate even fortress walls, and isolation has pitfalls of its own. Too often incidental music aims to unnecessarily accompany scenes, though a few songs are nicely used to evoke particularly crucial moments.