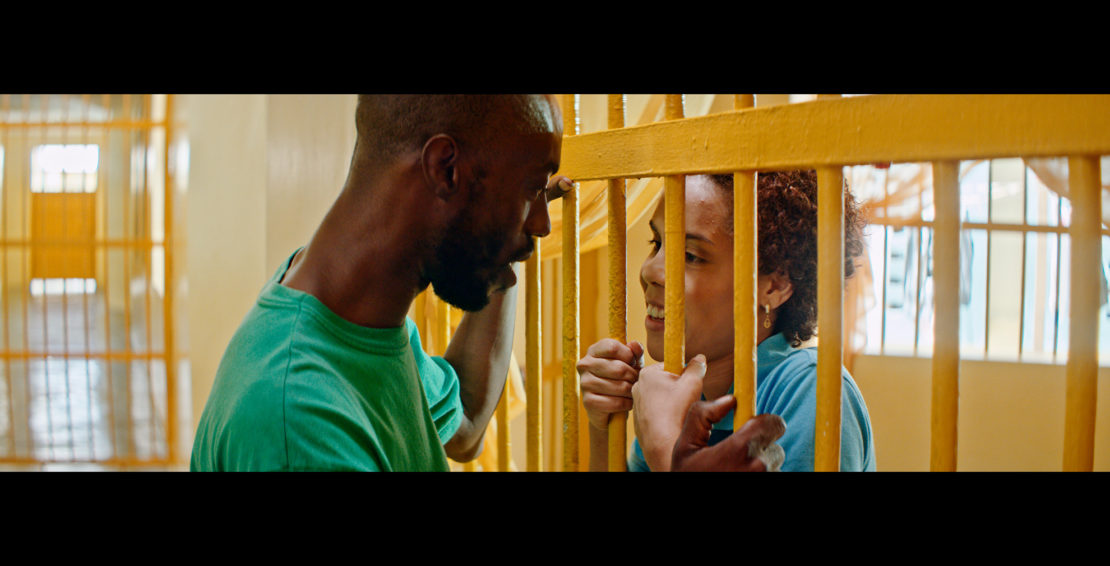 Contending in Sundance’s World Dramatic Competition, “Woodpeckers” is an elegy to the resilience of the human spirit, based on Cabral’s spending nine months visiting the Dominican Republic’s Najayo penitentiary and other jail’s pretty much every day, and listening to its inmates.

“The inmates would tell me things, recreate them, I would give them the narrative style of the film, and ask them: ‘I need the character to do this, what would you do, how would you send this message, or make a woman fall in love wth you?’” Cabral has commented.

Fruit of one of the most singular writing room set-ups in World Cinema, the film has a mix of thriller concern from the get-go for the protagonist’s simply staying alive, mainstream romance, and arthouse social observance and bite.

“Woodpeckers” tracks Julian (Jean Jean), often literally, as he enters the Najayo men’s prison having been busted for a robbery. There he discovers its inmates have invented an intimate love sign-language, “woodpecking,’ to communicate with the prisoners in the women’s facility, more than 100 yards away, whom they can just about see but hardly talk to. He starts “woodpecking” for Bacano, a pathologically macho convict, with Yenelly (Judith Rodriguez Perez), who’s serving time in Najayo’s women’s facility. But Julian and Yenelly fall in love, and that’s when Julian’s real problem begin.

Written by Cabral, “Woodpecking” also testifies to trends in World Cinema. Powered in part by local movies, Brazil, Argentina and Mexico all posted all time box office records, in local currency terms at least, in 2016. But some of the most dramatic growth in Latin America last year came from smaller territories. “Woodpeckers” is Cabral’s fifth feature, the first four bowing after 2011. Four have been made made after the Dominican Republic’s Film Law of 2011 opening the door to tax-driven investment in local movies, which has raised production levels from an average of two-to-three movies a year to 24 in 2016.

Variety spoke to Cabral as “Woodpecking” world premieres at the Sundance Festival.

In an English-language video on YouTube, you take the viewer into Najayo prison’s men facility and film its inmates woodpecking to women inmates over 100 yards away. Was the creative key to “Woodpeckers” the combination of real-event observance feeding into a romantic thriller?

Yes, observance and research were the keys to developing the story. It was all about getting the truth out of the prison and inmates. I was really focused on the way this movie was going to be told and specifically careful on where it was being told. Choosing to set a romantic drama in a prison gave me an contradictory, interesting contrast to work with. You would never imagine how a romantic relationship might develop between two inmates separated in two different prisons.

You don’t focus that much on Julian’s and Yanelly’s back story. It’s as if they come alive when their romance flowers.

Yes, for me their backstory wasn’t that important. I wanted people to experience and discover them through their own personalities and characters. Looking too much at their background could have ended up judging them, and that is not my job. Also, there is one thing every inmate agrees on: Once you get into prison is as if everything starts from zero.

How did you finance ‘Woodpeckers?”

“Woodpeckers” was financed with incentives approved by the Dominican Republic’s film law.

To what extent would you see ‘Woodpeckers” – and indeed your career – as a fruit of the Dominican Republic’s new film law of 2011?

It is indeed a fruit of the film law, we could not make this the film without it. The law permits you to explore different genres and take risks with different stories. That true not only of my career, but also those of my colleagues who are working on very interesting upcoming films set in the Dominican Republic.

You broke through with your first movie, 2011 kidnap thriller “Checkmate,’ the Dominican Republic’s 2012 Oscar entry, then made “Arroba,” released in 2013, a family-targeting time-travel comedy; sci-fi thriller “Despertar” and adventure comedy “Detective Willy” followed. One way or another, these are often genre movies. But “Woodpeckers” has an arthouse element in its description of prison conditions in the Dominican Republic. In your opinion, does that increase its foreign market potential?

Yes, in this specific story it does, because I portray a new and different universe that people would want to see. I think sometimes it’s not only about genre, but also about the point of view that the story is being told from and “Woodpeckers” has that. Audiences will not only discover through our main character what it is like to live in a Dominican jail but also how to develop a new language to survive.

When you set out to direct “Woodpeckers,” what were you main guidelines as a director?

Be truthful to the prison. Every choice, idea, element, scene and situation was part of something I saw or was told about in a responsible research. I wanted to make the movie as raw as possible so the audience can almost feel it was happening without any type of manipulation, which was often the case.

What are you working on now?

I just finished a new road trip drama screenplay based on another experience I lived in 2015. Following the premise of “Woodpeckers.” this new film will also be using, in a very different way, another type of language used to communicate through the island. And this type of language is one we know very well.